The data on which Figure 3.1 is based are shown below: 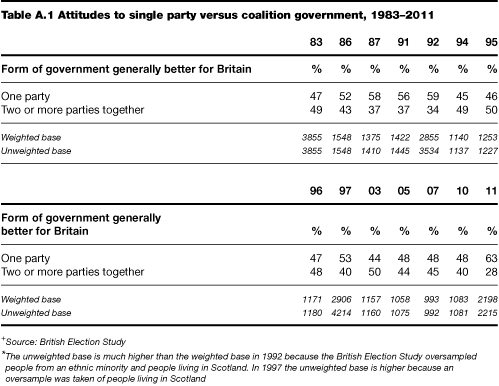 The data on which Figure 3.2 is based are shown below: 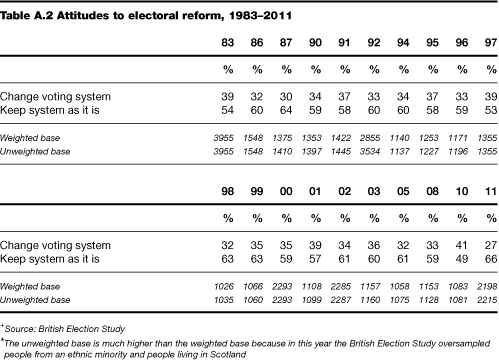 The following table summarises the results of multivariate regression modelling of attitudes towards each of the Coalition's proposed reforms. Its purpose was to identify whether or not the statistical relationship between political trust and attitudes towards particular measures of constitutional reform remains significant after taking account of other potentially relevant variables. The additional factors included in our models were a respondent's age (recognising that younger voters might be more willing to contemplate change), their level of education (those with a degree have previously been shown to take a distinctive view on constitutional reform; Curtice and Jowell, 1998), their degree of political interest (acknowledging that support for reform could be primarily a concern of those with an interest in politics) and their party identity. The table summarises the statistically significant differences in outlook identified among these additional factors and reports the coefficient for respondent's score on our political trust/distrust scale. A positive coefficient indicates that those who are more distrusting are more likely to agree with the relevant proposition. 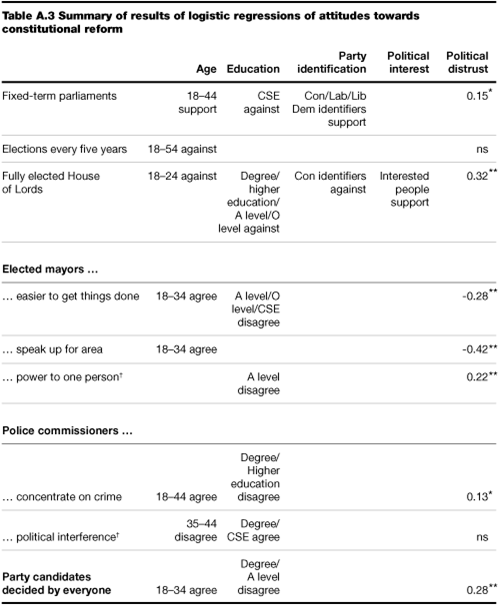 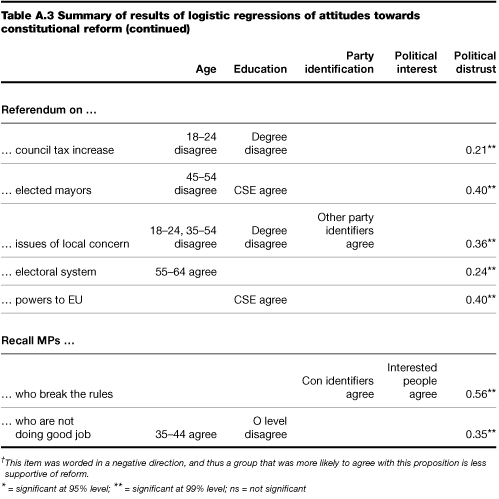 In the regressions, age, education and party identification were entered as categorical variables with those aged 65 plus, those with no qualifications and non-identifiers as the reference category. Thus in the case of these three variables the groups identified are ones that were either significantly more supportive or more opposed than those in the relevant reference group. Political interest was entered as an interval level variable and thus the table indicates the overall direction of the relationship between trust and support for the reform where it is statistically significant.

Full results of the regression models are available on the next page.