How Brexit has created a new divide in the nationalist movement

The overall level of support for Scottish independence has not changed in the wake of the EU referendum result. However, support for independence is now more strongly linked with a favourable attitude towards the EU, while the SNP lost ground in the 2017 election among those who are sceptical about Europe. Meanwhile, although those with a strong English identity were more likely to vote Leave, the EU referendum has not led to an increase in English nationalism that is hostile to Scottish devolution.

Brexit has created a new line of division in the debate about Scotland’s constitutional status, with Eurosceptics now less likely than Europhiles to support Scottish Independence.

Support for Scottish independence, by attitude towards Britain's membership of the EU, 2013-2017 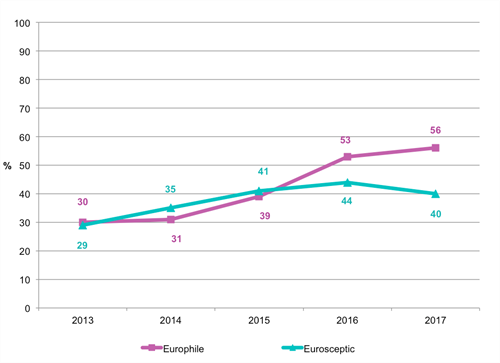