A meeting of minds? The impact of deliberation on attitudes towards post-Brexit immigration policy

Surveys largely capture people’s top-of-the-head reactions. But do their views change if they have the chance to deliberate and discuss a policy question? This chapter reports what happened when a random sample of British adults were brought together online to consider Britain’s immigration policy after Brexit. We summarise the character of the discussion, show how attitudes changed in the immediate wake of the deliberation, and assess the longer-term impact on participants’ opinions. 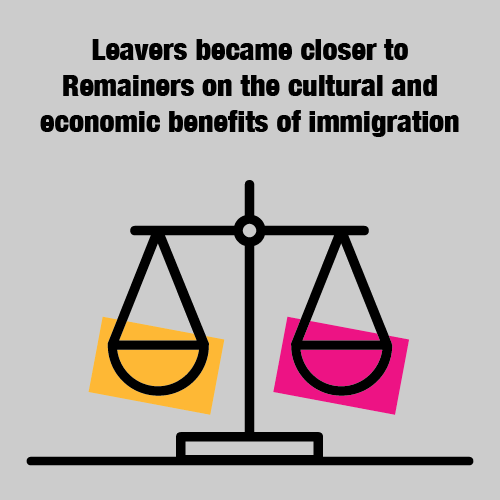 After the deliberation, more people thought that immigration benefitted Britain – but there was also somewhat increased support for tighter control.

Some meeting of minds

Leave supporters became more likely to say that immigration is beneficial, while Remainers moved in favour of tighter control.